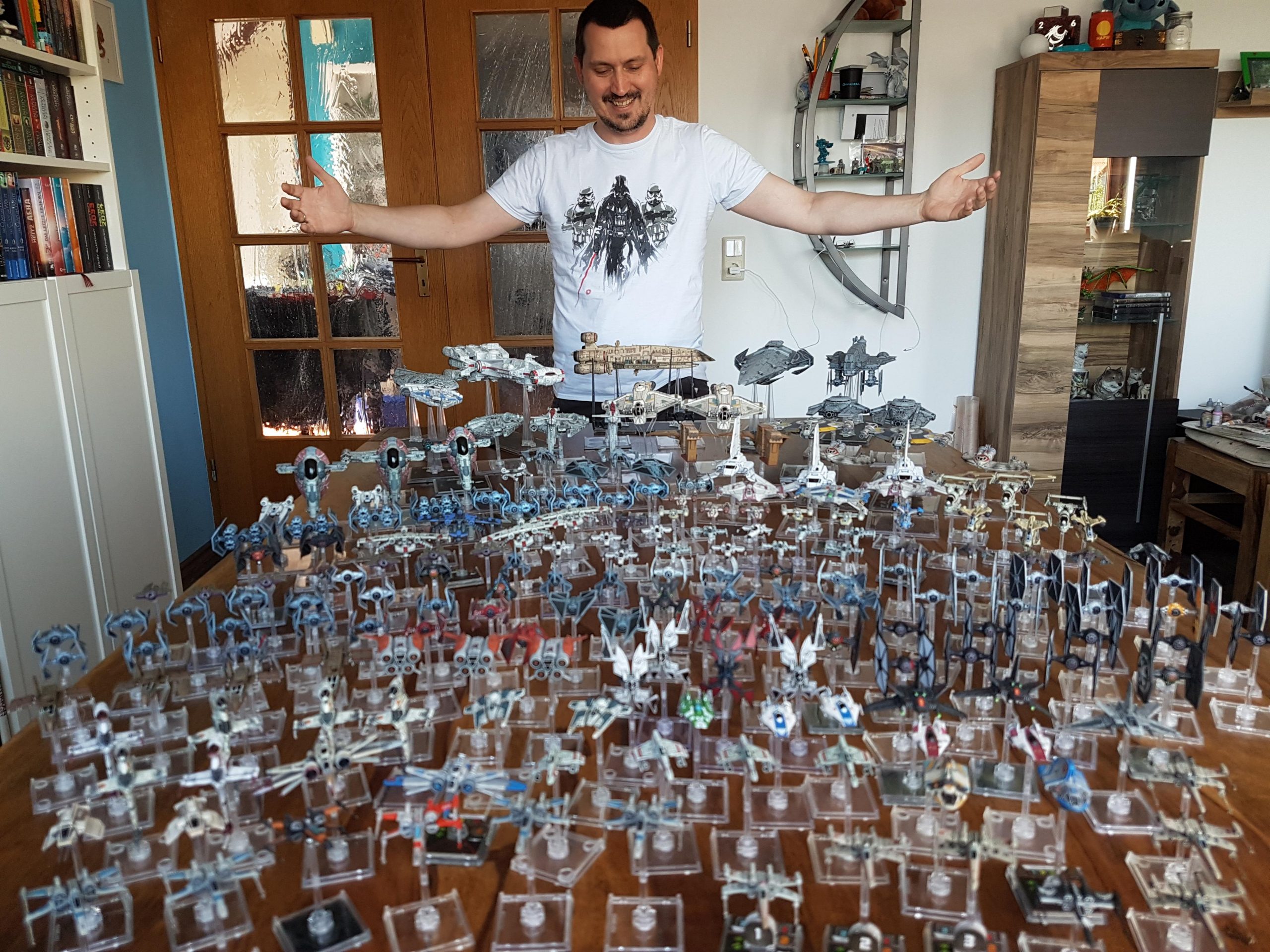 With the announcement of X-Wing moving to Atomic Mass Games, it seems that FFG has decided it’s time for all ships in the pipeline to arrive. Välkommen many of the new X-Wing ships!

As normal, everything, including all just released expansions, are 20% off of MSRP, as cheap as they will let me make them. That means big savings on the same ships you’d pick up elsewhere, like, one fifth of all the dollars you spend going back in never leaving your pocket!

ON TO THE SHIPS!

As the Clone Wars takes its toll on the ranks of the Jedi Order, those that remain must assume even greater responsibilities in the Grand Army of the Republic. The Eta-2 Actis-class Interceptor, developed by Kuat Systems Engineering, is stripped down so that battle-hardened Jedi pilots can get the most out of its agile frame.

This expansion puts one of these agile ships as well as a Syliure-class Hyperspace Ring in your hands. Featuring intuitive controls and blazing speed, this ship is the perfect way for its Jedi pilots to use their unique abilities in the midst of space combat. Six ship cards allow you to choose from some of the galaxy’s most notable Jedi Knights to fly it into battle.

Meanwhile, six upgrade cards invite you to customize the ship with a new astromech, additional Force abilities, and more. Finally, the hyperspace ring completely changes how the ship is placed and can also be used with your Delta-7 Aethersprite and Nimbus-class V-wing starfighters!

The Kuat Systems Engineering Alpha-3 Nimbus-class V-wing is the vessel of choice for the Galactic Republic’s clone and non-clone starfighter pilots alike. This nimble craft is fielded in various configurations for specialized tasks. The techniques pioneered to mass-produce its precision ion engines will later be crucial in the development of the TIE series by Sienar Fleet Systems.

Sporting impressive speed, the V-wing is ideally suited for many missions critical to the future of the Republic, including protecting Supreme Chancellor Palpatine’s personal shuttle. The Nimbus-class V-Wing Expansion Pack contains everything you need to incorporate one of these versatile starfighers into your Galactic Republic squadrons, including a beautifully pre-painted miniature and six ship cards that allow you to hand pick your pilot from elite clones and aspiring Republic officers like Wilhuff Tarkin. Meanwhile, seven upgrade cards give you the freedom to customize your ship with new astromechs, two different configurations that completely reshape how the ship plays, and more!

Designed by the Colicoid Creation Nest and manufactured by Phlac-Arphocc Automata Industries, the heuristic processers of Droid Tri-Fighters allow these deadly ships to analyze and adapt to enemy tactics in-flight. Deployed late in the Clone Wars, these aggressive starfighters, and the destructive buzz droids they carry, pose a serious threat to even veteran Jedi pilots.

Droid Tri-Fighters represent the next step in Separatist starfighter strategy and within this expansion you’ll find everything you need to add one of these aggressive droids to your Separatist squadrons, beginning with a beautifully detailed, pre-painted Droid Tri-Fighter miniature.

This miniature is accompanied by six ship cards inviting you to choose a specific set of programming for it. Your droid can be further customized with seven upgrade cards that give you the freedom to reprogram it to be more independent in battle, outfit it with an intercept booster that rockets it into the fray, and more!

A bounty hunter is only as good as their ship. Originally produced for law enforcement purposes by Kuat Systems Engineering, the Firespray-class patrol craft is also a favorite of bounty hunters like Jango Fett, who use its robust chassis to add their own weaponry and modifications. Fett’s reputation as one of the best bounty hunters in the galaxy is partially thanks to the fearsome Slave I, which he uses to hunt his marks and, if they won’t come quietly, bring them down on the spot.

This expansion pack invites you to put your personal touch on your own Firespray-class patrol craft painted in the colors of Jango Fett’s Slave I. In addition to the miniature, you’ll also find four ship cards in this expansion, including the infamous Jango Fett himself. These bounty hunters, mercenaries, and rogues are accompanied by 13 upgrade cards that let you customize your ship to fit your strategy, including several that can be used in both Separatist and Scum squadrons.

We STILL HavE a FeW MOAR Of thE OtHER wAVe 8 AS WeLl!

The spark of hope has ignited! Now, the Resistance rises to meet the First Order, seeking to break its tyrannical hold over the galaxy!

This Squadron Pack includes iconic heroes such as Poe Dameron and Temmin “Snap” Wexley, featuring new abilities based on their appearance in Star Wars: The Rise of Skywalker. These brave pilots launch into battle in two T-70 X-wing starfighters featuring updated paint schemes and they are joined by even more new Resistance pilots flying an RZ-2 A-wing with an updated paint scheme.

All told, you’ll find 10 T-70 X-wing ship cards and 6 RZ-2 A-wing ship cards in this expansion, giving you even more pilots to choose from. Additionally, 25 upgrade cards invite you to further customize your Resistance squadrons, while five Quick Build cards help you get these pilots and upgrades into the fight as fast as possible with convenient preset selections.

The TIE/rb Heavy is one of the largest TIE variants produced for the Galactic Empire and is often assigned to patrol routes where it is expected to fight without the support of a carrier or escorts. Thanks to its robust armor, swiveling laser cannons, and integrated MGK-300-series droid intelligence, this vessel lives up to its nickname: the “Brute.”

The TIE/rb Heavy Expansion Pack includes everything you need to add one of these imposing ships to your Galactic Empire squadrons, beginning with a beautifully detailed, pre-painted miniature and a medium plastic base. Four ship cards give you the freedom to choose your pilot, while 12 upgrade cards invite you to customize your ship to fir your needs. Finally, two Quick Build cards offer helpful combinations of pilots and upgrades to get you into the fight right away.