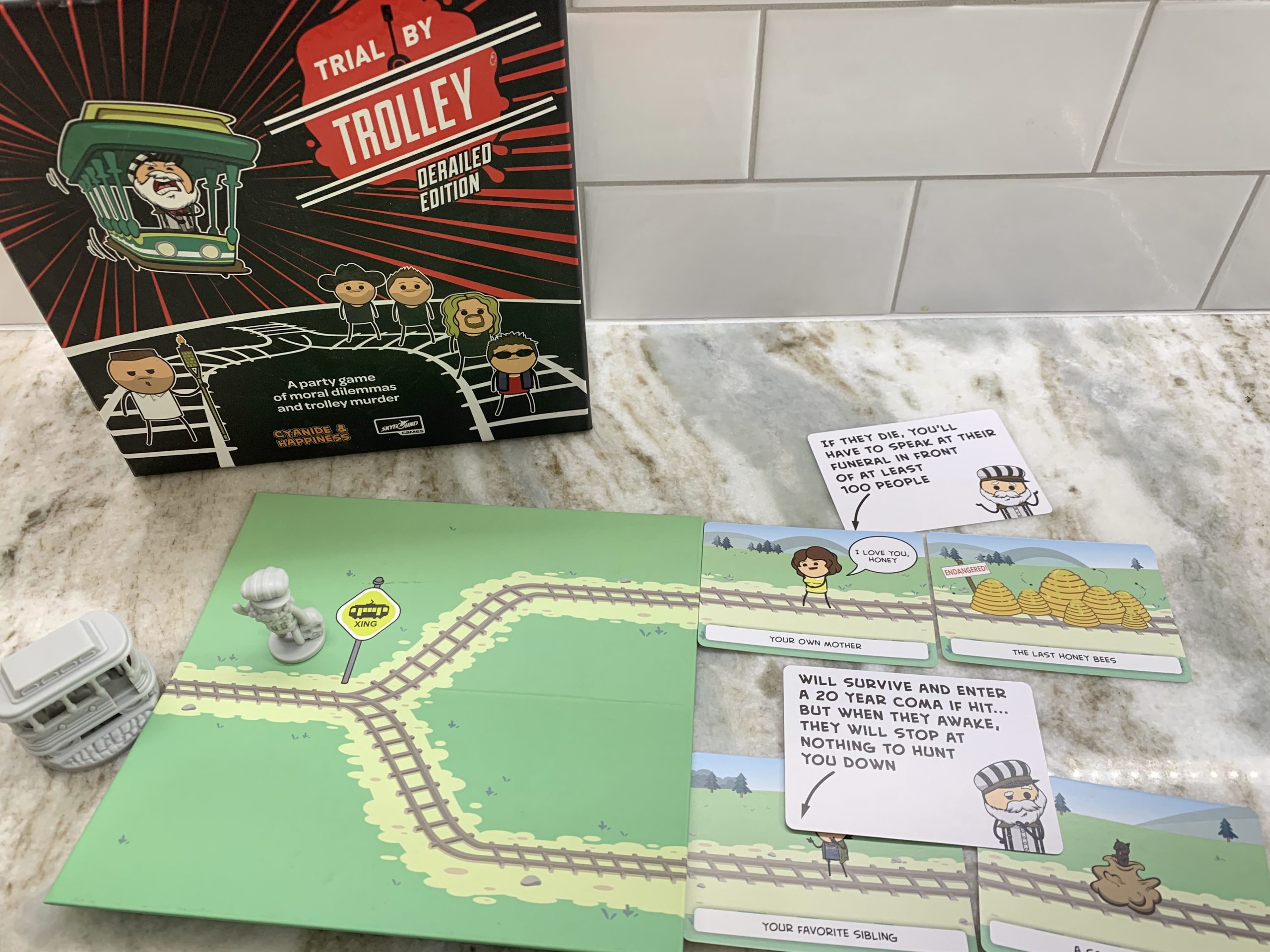 While the COVID-19 pandemic hurt traffic to American board gaming cafes, the global board gaming industry continues to grow. One report projects revenue from board games to increase 13% over the next five years. A 2018 analysis estimated about 3,500 new board games are released every year. It seems like a pretty safe bet that many of them will suck. With such an overwhelming avalanche of choices, how can average Joes and Janes possibly expect to discover fun games worth spending their hard-earned dollars to play?

Fear not, our board gaming buddies: your friends at Kingwood Hobbies have already done the hard work of weeding through what’s wack and weak sauce to curate for you a trusted collection of games we think you’re likely to love. Much in the same way sommeliers develop wine lists for restaurants, we are experienced and knowledgeable game stewards who can personally vouch for and recommend every game we offer. So, mesdames et messieurs, mais oui…may we…recommend a fun party game for three to 13 adult players? It’s called Trial By Trolley and we think it’s worth your while.

Described as “an adult card game of moral dilemmas and murder,” Trial By Trolley is based on the famous Trolley Problem, a series of thought experiments in ethics and psychology introduced in 1967 by English philosopher Philippa Foot. In this fictional scenario, an onlooker has the chance to save five people in danger of being hit by a runaway trolley by diverting the trolley to another track to kill just one person. This experiment was explored in the second season of the fantasy-comedy television series The Good Place.

Trial By Trolley is highly portable, simple to set up, and lends itself easily to custom variations of the rules based on your group of players. The cards are high-quality and durable. While the goal is to kill people on your opponents’ track, the game is not exactly family-friendly. However, the cards aren’t as risqué as those in games like Cards Against Humanity or Joking Hazard, so it’s better suited to play with older kids.

We’ve had a blast playing this game and think you will, too. Trial By Trolley fosters creative and hilarious debate that’s all in good fun and, in our opinion is great for parties and game nights. The easiest decision you have to make is to simply buy this game. The only thing we haven’t determined yet is what wine best pairs with it – and if you think we’re just being silly, there ARE indeed wine trolley tours. Probably something that comes in a wineskin to avoid spillage….