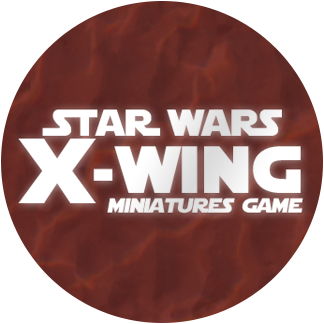 Lots of news swirling around X-Wing these days. Check out this new stuff.

Update your Resistance squadrons with a modern version of a classic starfighter! The BTA-NR2 Y-wing was designed as a craft capable of filling nearly any role with the right suite of modifications. The standard wartime loadout has been reworked as a separate upgrade module, making the craft lighter and more user-friendly. An ideal choice for small planetary governments, independent security operations, or even criminal cartels.

This expansion includes everything players need to add two of these reworked starfighters into their Star Wars™: X-Wing collection, beginning with two beautifully painted BTA-NR2 Y-wing miniatures. Additionally, beings from across the galaxy flock to join the Resistance, and 12 ship cards let them handpick the right pilots for their strategy. The BTA-NR2 Y-wing is highly versatile and 18 upgrade cards invite players to customize their ships to meet your parameters. Finally, four Quick Build cards help players combine pilots and upgrades to jump into missions as fast as possible.

The First Order’s starfighter engineers continue to develop new technologies for use by their ace pilots, and the Fury of the First Order Squadron Pack allows players to bring these advanced starfighters to their games of Star Wars™: X-Wing!. The TIE/se Bomber bristles with a heavy payload of ordnance, while the TIE/wi Whisper Modified Interceptor is a deadly craft worthy of the Supreme Leader himself. Armed with its stealth capabilities, advanced maneuverability, and heavy weapon turret, Kylo Ren leads his fanatical 709th Legion as they mercilessly hunt pockets of resistance across the galaxy.

This squadron pack includes content for Kylo Ren and his devoted diehards, featuring new abilities and upgrades based on their appearance in Star Wars™: The Rise of Skywalker and Star Wars™: Resistance. This pack includes everything you need to add 1 TIE/wi Whisper Modified Interceptor ship and 2 TIE/se Bomber ships to your games of Star Wars: X-Wing! 14 pilot cards create a pool of versatile pilots for these ships which can be customized in a myriad of ways with the 32 included upgrade cards. Players eager to play with these ships can as soon as possible can utilize the four included Quick Build cards which will get these powerful ships on the table in record time with effective suggestions on upgrades and configurations.

The Trident-class Assault Ship is in stock and shipping

Whether spearheading surprise attacks on key Republic facilities or pirate raids on innocent worlds, the Trident-class assault ship heralds the arrival of hostile forces, emerging ominously from the seas of stars. Armed with crushing tentacles and capable of operating in space, atmosphere, or the ocean’s depths, these versatile warships present an unorthodox threat that can strike unexpectedly to seize control of nearly any battlefield. Inside you will find multiple new Huge Ship Upgrade cards, Quick Build cards, and several new scenarios for using this craft: Rising Tide, a head-to-head scenario, and Leviathan Hunt, a co-operative scenario where multiple players work together to bring down a single Trident-class assault ship controlled by a simplified Solo System AI deck. This pack includes everything you need to add 1 Trident-class Assault Ship to your game.

The TIE/rb Heavy is one of the largest TIE variants produced for the Galactic Empire and is often assigned to patrol routes where it is expected to fight without the support of a carrier or escorts. Thanks to its robust armor, swiveling laser cannons, and integrated MGK-300-series droid intelligence, this vessel lives up to its nickname: the “Brute.”

The TIE/rb Heavy Expansion Pack includes everything you need to add one of these imposing ships to your Galactic Empire squadrons, beginning with a beautifully detailed, pre-painted miniature and a medium plastic base. Four ship cards give you the freedom to choose your pilot, while 12 upgrade cards invite you to customize your ship to fir your needs. Finally, two Quick Build cards offer helpful combinations of pilots and upgrades to get you into the fight right away.

A durable, reliable workhorse capable of serving in a wide array of environments, the LAAT/i gunship is renowned for getting the job done. Whether making precision drops of clone troopers on contested worlds, supporting Republic formations with interlaced fire in atmospheric battles, or engaging starfighters in the depths of space, the LAAT/i can be outfitted for nearly any role or battlefield.

The LAAT/i Gunship Expansion Pack contains everything you need to add one of these sturdy ships to your Galactic Republic squadrons, including a finely detailed LAAT/i Gunship miniature, four ship cards, 14 upgrade cards, and two quick build cards to get your ship directly into the fight.

A menacing silhouette slides overhead, repulsorlifts humming ominously and eyes glowing with malevolence. The HMP gunship’s presence invokes fear thanks to predatory droid intelligence and an unpredictable capacity to strafe targets with devastating missile pods, bombs, and a wide-sweeping array of laser cannons.

The HMP Droid Gunship Expansion Pack unlocks new possibilities with a beautifully detailed HMP Droid Gunship miniature and six ship cards with their own programming and protocols for battle. Your droid gunship can be further modified to your exact specifications with eight upgrade cards, or you can follow the recommendations of three quick build cards to get your gunship into battle as quickly as possible.