Today is truly a momentous occasion! The Cosmic Citizenship Council has announced that it will allow two new alien species to join its ranks!

Yes—well, kind of! The Cosmic Citizenship Council WAS prepared to let two new alien species join its ranks. However, due to an unfortunate filing error, the Council only made one copy of the filing form, so really only one species can join…

A duel will determine which species is truly deserving to join the ranks of the esteemed Council. To prove their worth, each side must race to gain control of a minimum of five planets. The winner will become a Certified Civilization, while the loser will fade into intergalactic obscurity. This is the one and only way.

Cosmic Encounter Duel is a competitive standalone game for two players where you and your closest frenemy race to be the first to control five planets. Colorful ships, hidden tactics, and your alien’s unique abilities may tip the odds in your favor, but beware! Tricks and traps abound, and you never know what destiny has in store! 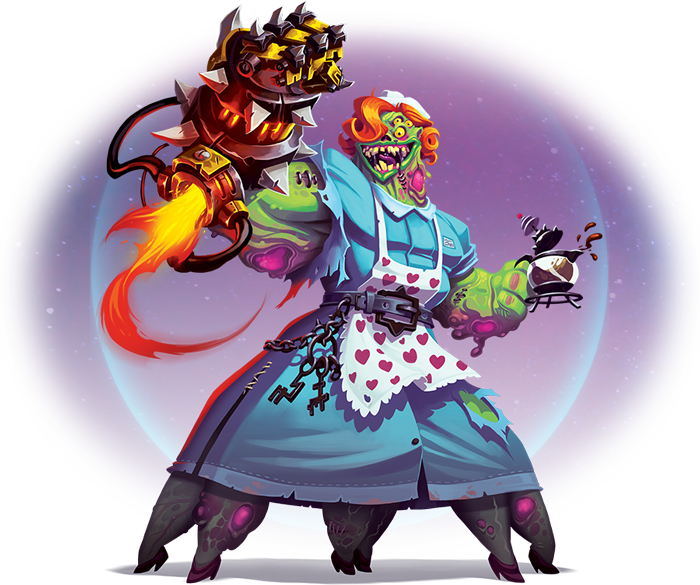 Becoming a Certified Civilization is a great honor, and the first step in any game of Cosmic Encounter Duel is determining which species you will lead. In the Core Set, you will find twenty-seven new alien species ready to fight for their place on the Cosmic Citizenship Council, along with envoys from across the Cosmic Encounter universe ready to help them on their journey!

Each alien species comes equipped with their own unique abilities that play with the game mechanics in some way, offering you an edge in the fight. For example, the Cheater,  whose very design is to give them a lopsided advantage in any arms race, can reserve an additional Tactic that they can put toward any fight in the game—as long as their opponent doesn’t call out how they’re trying to ‘cheat’. How your game of Cosmic Encounter Duel plays out will inevitably be affected by which powers each dueling species has and how they play off of one another.

In addition to your unique species and their ability, you have a collection of twenty spaceships that you can use to traverse across the cosmos and maintain control over the five planets you need to become a Certified Civilization. As long as you have a ship on a planet, you have control of it, even if your opponent also has ships there and you must share control. You will be able to deploy these ships to fight in duels, act as reinforcements, or draw them back for a tactful retreat. Just be careful not to lose them to the Warp or let them be claimed by the black void between the stars and end up lost in space forever!

Once you decide which species you will lead into this fight, you are ready to launch your ships and let the duels begin! In Cosmic Encounter Duel, you and your opponent simultaneously take turns where you simply draw and resolve Destiny cards. In the original Cosmic Encounter, Destiny cards merely told you where you would send your ships, but in Cosmic Encounter Duel, Destiny cards have three different categories: Discovery Cards, Event Cards, or Refresh Cards. Discovery Cards have you and your opponent discover a planet and duel for control, while Event Cards ask you both to test your mettle against a variety of challenges and cosmic calamities, and Refresh Cards offer a respite in which you can recover ships, gather allies, and ultimately prepare for another clash!

The game begins by drawing the top card of the Discovery deck, sending you and your opponent off to discover the first planet and have a duel there. Dueling, which we’ll take a closer look at in future previews, has you and your opponent send ships to the planet, execute plans, and resolve tactics. If you can destroy all of your enemy’s ships or if you have the highest clout at the end of the duel, you and species will be victorious and move one step closer to becoming a Certified Citizen. 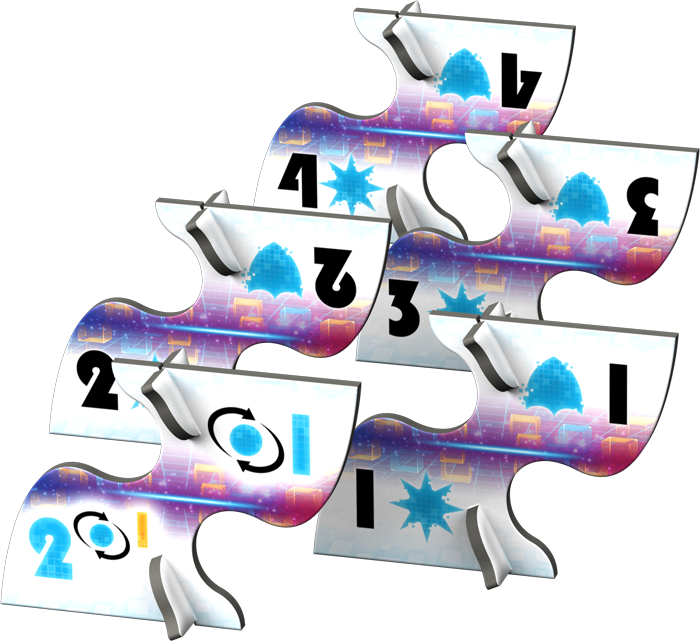 At the start of a duel, you and your opponent secretly decide how many ships to send to the planet and once they have been deployed, you can call upon any befriended envoys and formulate your plan. To plan your attack, you secretly choose a card from your hand and a standing Tactic from your collection (shown at left) to either guard your ships or blast your opponent’s. Then, you fight, sending ships to face-off for control of the planet until the winner claims their prize while the loser retreats.

After you and your opponent resolve a Destiny card, whether it be a Discovery, Event, or Recovery card, you merely check the icon on the bottom to determine which deck to draw from next, and the race continues. Once one of you gains control of five planets, that player wins their place on the Cosmic Citizenship Council and begins their reworking of the Council’s filing system while the loser goes home, defeated, and descends into obscurity. You must ensure your species wins the day!

Be the first to review “Cosmic Encounter Duel” Cancel reply 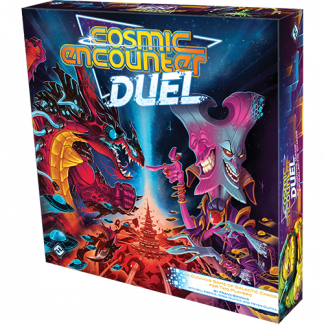